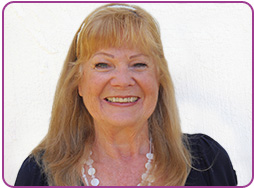 Irene Riley, founder of A Rainbow’s End, after 30 years is still an integral part of A Rainbow’s End. She is also an adoptive mother herself, and knows the emotional rollercoaster that comes with the experience of adoption.

Irene started out as a foster parent for the County of Orange in California. After seeing how difficult it was for children to be placed in homes, mothers coming to her facing unplanned pregnancies and not knowing what to do, and for couples who wanted to adopt, she knew she needed to help. It wasn’t until the adoption of her daughter that she knew she wanted to reach birthparents before their child was in foster care. She wanted to provide them an alternative that allowed birth parents to choose who they wanted to raise their child. She started A Rainbow’s End shortly after her husband and she adopted, and it has been that experience that has made adoption her passion.